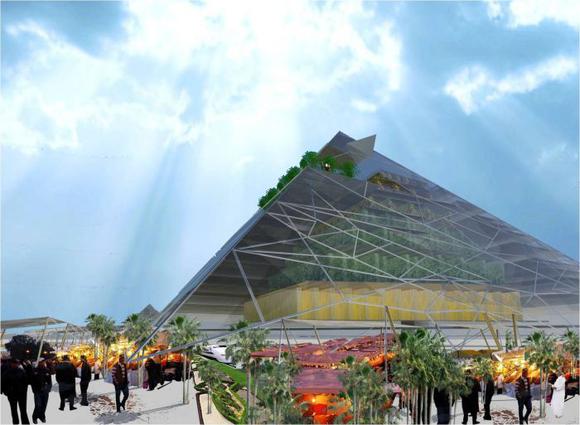 Food production in the United States is currently dominated by two methods: organic farming and traditional farming that incorporates the benefits of engineered seeds. If early successes are any indication of the future, then it may soon be time to make room for a third: vertical farming. There are numerous benefits to vertical farms, which are springing up from Singapore to Pennsylvania, ranging from the elimination of pests to significant reductions in the amount of water used to irrigate crops. However, the disruptive shift in the way the world produces food will also reshape the battle between organic champions such as Whole Foods Market (NASDAQ: WFM ) and engineered seed producers such as Monsanto Company (NYSE: MON ) .

Consider that the conditions of enclosed vertical farms could be precisely controlled. Farmers wouldn’t need seeds that resisted droughts or pests. Pesticides use would be greatly reduced, if not eliminated, while water and energy use would also plummet. Does that set the stage for Whole Foods Market to throw its weight behind the new production systems? Will this mark the beginning of the end of GMOs and pesticides from Monsanto?

Advantages of vertical farms
Genetic modification of foods is often considered necessary if the world is going to feed 9 billion hungry mouths by mid-century. In fact, some estimate that we’ll need to double food production from 2011 levels to do so. Traits that increase yields and hardiness will become ever more valuable as global farmland shrinks and environmental conditions pressure farmers to perfect each harvest. Monsanto has a website dedicated to educating individuals about the state of agriculture in 2050. In addition to a growing population, the United Nations estimates that 86% of the developed world will live in urban centers by mid-century. That alone promises to make traditional farming even more energy intensive, since more food will need to be transported to cities for consumption.

Enter vertical farming. Old warehouses can be converted into multi-story indoor farms and new skyscrapers can be built from the ground up. Specialized production systems utilizing LED lights could be scheduled to mimic sunlight, hydroponic systems could replace or reduce the need for soil, water, and fertilizers; and planting, spraying, and harvesting could be automated. Better yet, you can stack surface area in a building to reduce the overall footprint of the farm — something traditional land-based farms can’t do.