The Epicenter of Organic Farming Is India, Not Berkeley 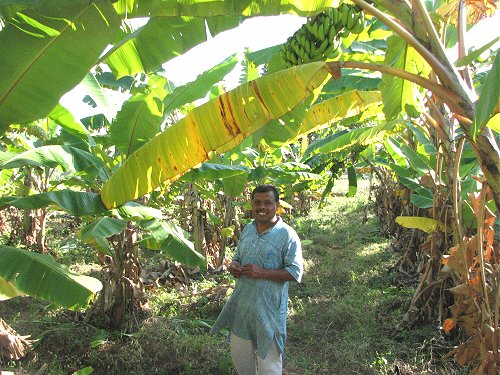 When you think of organic farming, your mind’s eye might lead you to the carefully tended rooftop gardens of US metropolitan areas, or to Italy, where rich volcanic soils burst with pristine San Marzano tomatoes. But it’s actually the world’s developing nations that are leading the way in chemical-free agriculture—and as a whole, the practice continues to pick up speed worldwide.

New data from the International Federation of Organic Agricultural Movements (IFOAM) shows that of the world’s two million organic farmers, nearly 80 percent of them are based in developing countries. According to the group’s 2013 annual report, which utilizes data from 2012, India currently boasts about 600,000 certified organic producers; Uganda nearly 200,000; and Mexico nearly 170,000, with Tanzania and Uganda not far behind.

IFOAM president Andre Leu told The Christian Science Monitor that, in many cases, farmers in these nations are relying on age-old practices, such as crop rotation, that just happen to be organic. The fact that it’s now possible to certify these practices, and that there’s an ever-increasing consumer demand for the foods they produce, only further incentivizes the farming practices that small communities have relied on for hundreds of years.

“[There are] probably 500 million small family farms worldwide; most of those are traditional farmers who farm primarily through organic principles,” Leu said.

IFOAM’s report also demonstrated the rapid growth of organic farming. As of 2012, 164 countries devote land to organic agriculture, and worldwide the industry is worth $64 billion. That’s compared to 86 organic-farming countries producing $15 billion of food in 2000. Each year, Leu told the CSM, an additional 200,000 farmers get organic-certified.

In spite of these impressive figures, the amount of agricultural land devoted to growing organic produce is still paltry when compared to conventional agriculture’s spread: organics’ 94 million acres is a drop in bucket, accounting for less than 1 percent of total agricultural land. Australia, Argentina, and the US lead in largest acreages of organic land.

In order to keep up with shoppers’ ever-more-insatiable needs for organic produce, more land will inevitably need to converted to organic. In the US and Europe in 2012, purchases of organics rose by 10 percent from 2011. In fact, demand for organic goods is outstripping supply, a fact most recently evidenced by the news that US supermarkets are contending with a nationwide shortage of organic milk.

In a changing world climate, it’s not always going to be easy to implement organic farming practices in all geographic areas: in drought-stricken California, for example, groundwater levels are so low that any chemical runoff, such as from nitrogen fertilizer, makes such water unfit for organic agriculture.