The Dark Side of Nitrogen: Is America Fertilizing Disaster? 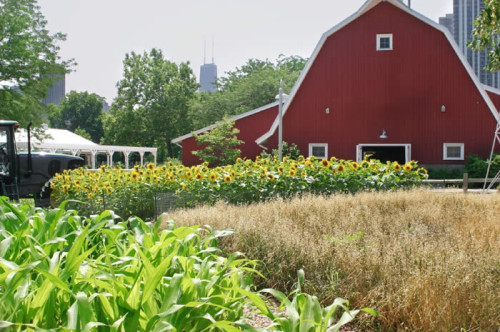 Few people spare a thought for nitrogen. But with every bite we take of an apple, a chicken leg, a leaf of spinach–we are consuming nitrogen. Plants, including food crops, cant thrive without a ready supply of available nitrogen in the soil.

The amount of food a farmer could grow was once limited by his or her ability to supplement soil nitrogen, either by planting cover crops, applying manure, or moving on to a new, more fertile field. Then, about 100 years ago, a technical innovation enabled us to produce a cheap synthetic form of nitrogen, and voila! Agricultures nitrogen limitation problem was solved. The age of industrial nitrogen fertilizers had begun. The breakthrough, by German chemists Fritz Haber and Carl Bosch (rhymes with posh), made it possible to grow many, many, many more crops per acre. For the last 50 years, farmers around the world have used synthetic nitrogen fertilizers to boost their crop yields and drive the 20th centurys rapid agricultural intensification.

But in their fervor to increase yields, farmers often dose their crops with more nitrogen than the plants can absorb. The excess is now causing serious air and water pollution and threatening human health. Ironically, all that fertilizer may even be ruining the very soil it was meant to enrich.

Nitrogen, it seems, has a dark side, and it has created serious problems that we are only now beginning to reckon with.

To see nitrogens ill effects up close, head to the mid-Atlantic coast and visit the Chesapeake Bay, the nations largest estuary. Once the site of a highly productive fishery and renowned for its oysters, crabs, and clams, today the bay is most famous for its ecological ruin.

Read the full story via The Dark Side of Nitrogen: Is America Fertilizing Disaster?.