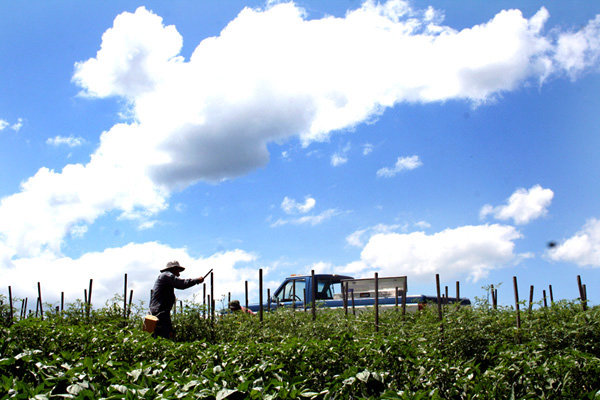 A long, gravel road wends its way through picturesque landscapes and acres of farmland before ending at Spiral Path Farm near Loysville.

The rough, twisting path is symbolic of owners Mike and Terra Brownback’s journey from suburbia to the acres of productive farmland they own and manage today.

Terra said she and Mike have known each other since they were 10 years old, growing up in the Philadelphia suburbs. As they reached their late teens and early 20s, they realized they were drawn to agriculture despite their city roots.

“I guess we were both drawn to it and drawn to each other because we both had that desire,” Terra said. “I guess we caught the green-bug early on.”

Mike had helped his grandmother with a garden and had an uncle who was a livestock dealer, so the couple had a rudimentary knowledge of what they wanted to do, Terra said.

In 1977, they purchased a tract near Loysville and began a family farming operation the next year. The farm was run on a much smaller scale than today, but Terra said the couple learned a lot when farming their first 60 acres.

“We did not come from farm families,” she said. “We are first-generation farmers.”

Mike added that the learning curve was sharp, with mistakes along the way.

“It was like we were going on a camping trip without ever going home,” he said. “We had to learn everything. I mean just the very basics.”

“Some were very helpful to us. They showed us the farming techniques that were established in the community.

“Once, I was basically chastised by one of my neighbors for having soil erosion. At first, I was offended, but then I realized the soil was irreplaceable.

“I really credit that neighbor confronting me about that. It made me aware that I have a responsibility to the soil.”

“I guess we caught the green-bug early on.”

“By really not knowing any better, we just kind of did that,” Mike said, adding that an article in a farming magazine gave him a different perspective on conventional farming.

“All farmers get the ‘Farm Journal.’ I remember reading, back in the early ’80s, an article about farm safety.”

The article touched on the adverse health effects that chemical sprays had on farmers, Mike said. “As time went on, Terra and I had an ethical challenge. We didn’t think that was right.”

Along with their philosophical change, the couple developed a farming proficiency, and Mike said practicing organic growing seemed like the next logical step.

“My midlife crisis was in my late 30s when I realized that I didn’t want to continue to have a confinement hog operation, and I wanted to raise organic produce.

“It was obvious that it would not be good for us to know what we wanted to do and not do it. It’s really important to me that as we progress, we take everything with us. We have a responsibility to improve the earth. We want to make the earth better than when we came.”

In 1993, the couple dismissed conventional techniques, and, today, their farm has expanded to more than 255 acres, spanning two locations and providing jobs for about 40 employees, Mike said.

“The market is very supportive of organic farming,” Mike said. “When we started we did not have the capacity to envision what we are now.

“We grow everything from asparagus to zucchini. We grow any type of produce that can grow in this climate. We’ve basically built a business that appears to be somewhat sustainable.”

As well as selling produce at Wegmans grocery stores, Mike said Spiral Path distributes the bulk of its crops through a Community Supported Agriculture membership program.