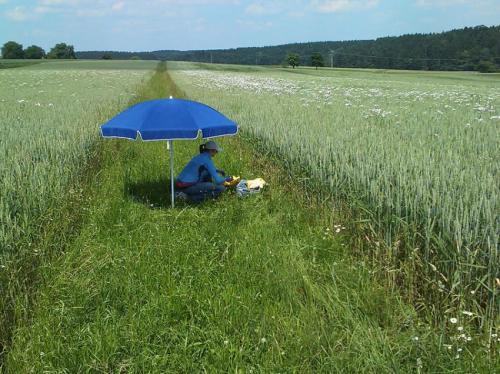 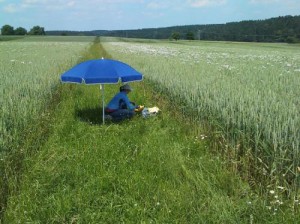 Organic farming fosters biodiversity. At least that’s the theory. In practice, however, the number of habitats on the land plays an important role alongside the type and intensity of farming practices. These are the findings of an international study that looked at 10 regions in Europe and two in Africa. The results has been published in Nature Communications. The study shows that even organic farms have to actively support biodiversity by, for example, conserving different habitats on their holdings.

An international team, including participants from Technische Universität München (TUM), investigated the contribution of organic farming to supporting farmland biodiversity between 2010 and 2013. Researchers wanted to explore whether organic farms are home to more species than their conventional neighbors. The team used uniform methods across Europe to capture data and analyze it to establish the impact of farming methods and intensity and of landscape features on biodiversity.

The study investigated farms in twelve regions with different production systems. In each region, farms were selected randomly, half of them certified organic for at least five years. In Switzerland, grassland-based cattle farms were studied and in Austria the study looked at arable farms. In Italy and Spain, researchers focused on farms with permanent crops such as wine and olives, and on small-scale subsistence farms in Uganda.

More species because of field boundaries

More species were found in organic arable fields than in non-organic fields. In contrast, there was little difference in grasslands or vineyards. Organic farming benefited the four taxonomic groups of plants, earthworms, spiders and bees – which were sampled as surrogates for the multitude of creatures living on farmland – in different ways. In general, more species of plants and bees were found on organic than on non-organic fields, but not more species of spiders and earthworms.

If types of field boundaries such as grass verges or hedges were included in the comparison, the difference between organic and non-organic decreases. “Obviously, most species found in fields on organic farms tend to be concentrated in boundary areas on non-organic farms. There was little difference in the total number of species on the farms,” explains Max Kainz, who headed the sub-project at TUM. The occurrence of rare or threatened species did not increase on organic farms, according to Kainz.

To sustain farmland biodiversity, which is currently under grave threat, researchers have identified complement organic farming methods with dedicated efforts to conserve habitats. To increase the number of habitats, the authors of the study recommend adding structural elements, such as woods, grass verges and fallow land, to farms. “Surprisingly, viewed across all regions, we did not find a higher number of natural habitats on organic farms than non-organic farms,” reports Kainz.