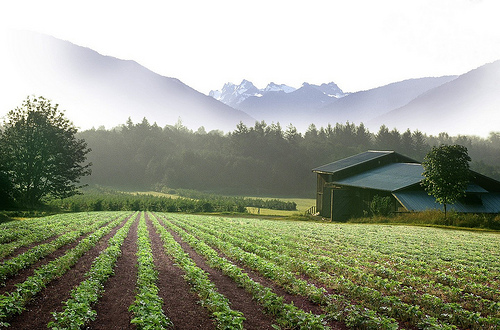 “Organic farming might work well for certain local environments on a small scale, but its farms produce far less food per unit of land and water than conventional ones,” says Miller. “The low yields of organic agriculture—typically 20 percent to 50 percent less than conventional agriculture—impose various stresses on farmland and especially on water consumption.” Miller adds that organic methods can cause significant leaking of nitrates from composted manure—the fertilizer of choice for most organic farms—into groundwater, polluting drinking water. He also cites research showing that large-scale composting generates significant amounts of greenhouse gases and “may also deposit pathogenic bacteria on or in food crops, which has led to more frequent occurrences of food poisoning in the U.S. and elsewhere.”

“If the scale of organic production were significantly increased, says Miller, the lower yields would increase the pressure for the conversion of more land to farming and more water for irrigation, both of which are serious environmental issues.” He adds that conventional farming’s embrace of GM crops—ano-no to organic farmers—is yet another way we can boost yields and feed more people with less land.

Also, Miller’s statements about GM crops overlook the ecological problems associated with their use. “For example,” the Organic Center reports, “transgene movement from GM crops to wild, weedy relatives could increase the invasiveness of weeds.” Also, genetic modification has led to higher pesticide use in agricultural systems and an increase in herbicide-resistant weeds. Some worry this is leading to a vicious cycle whereby farmers use more and more chemical herbicides to battle hardier and hardier weeds.

2 Responses to "Is organic farming sustainable?"