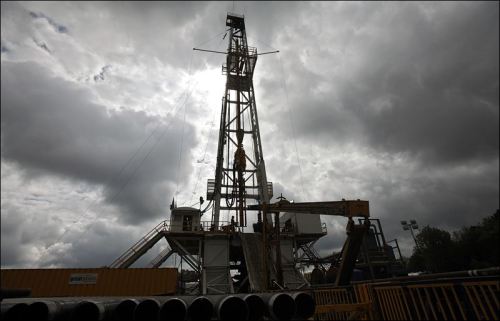 COLUMBUS, Ohio – Certified organic farming is a growing business in Ohio, but some farmers warn that the threat of contamination from hydraulic fracturing could dampen its future. Some of the chemicals used in fracking have been identified as naturally-occurring toxic substances, metals, and radioactive materials.

In eastern Ohio, Mick Luber is a certified organic grower and owner of Bluebird Farm in Cadiz. He says several well pads and a compressor station are located near his land. He is worried about contamination of soil, water, and air, and what it could mean for his organic certification.”

Im in a quandary about the production on my farm being of good quality,” says Luber. “Do I lose my business? Ive put 30 years into this soil to make this soil grow. You dont just go someplace and oh, well its bad here, Ill just go over the hill.

“If prohibited substances, including some fracking chemicals, are detected on a certified organic farm, the producer may have to wait at least three years before becoming eligible for recertification. Ohio is home to more than 700 certified organic operations and nearly 57,000 acres of certified organic land.

Luber says an air-quality monitor showed high levels of particulate matter on his farm. He says one time, he discovered water running white from springs coming out of a well pad near his land.

“The Ohio EPA had a 165-day investigation, supposedly, and said there was no problem,” says Luber. “But from my estimation, somehow they fractured the rock structure so that anything spilled on that well pad site will get into that water and flow down through the stream.”