Farm turns up the juice on organic cranberry business

Starvation Alley Farms got its organic certification in October and is on its way toward proving you can grow organic cranberries and make a profit. 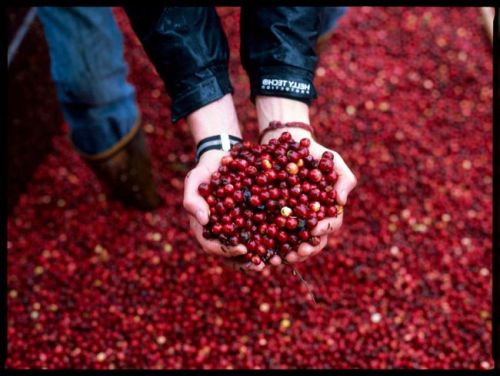 Jared Oakes and Jessika Tantisook began farming his parents’ 5-acre cranberry bog in 2010. In addition to that farm, they also own a 5-acre plot along U.S. 101 coming into Seaview.

In October 2013, they completed the three-year organic certification process.

They came into the  with experience in vegetable farming, but raising cranberries is whole new ballgame.

Starting the switch to organic farming in 2010 added to their challenges.

Where traditional farmers can use herbicides and pesticides to control weeds and bugs, Starvation Alley uses alternative approaches that don’t have years of research to back them up.

“Weeds are the obvious ones,” Oakes said. “It’s unique to cranberries in the way they’re grown, so if you see a weed out there (in the middle of the bog) and you want to go get it, especially during the season, you either have to trample buds or blossoms or berries.”

They accept that they’re going to lose some production to weeds, but it doesn’t mean they lose the battle, Oakes said.

Tucker Glenn, manager and owner of the 85-acre Jubilee Farms, said he uses a variety of methods to control weeds and pests, including herbicides and pesticides, but his focus is on a more sustainable approach.

“We don’t just use pesticides to use them,” he said. The farm checks to see what’s needed and decides what to do

“We use the least amount possible,” he said. It’s better for the land and it’s cheaper too, he added.

When it comes to weeds, “We pull, we spray, we wipe … we have a whole bag of tricks,” he said.

The farm uses whatever works best, he added.

Organic farmers use alternatives such as vinegar and hand pulling.

And they don’t come with instructions for application on cranberry bogs.

Read the rest of the story via Capital Press | Farm turns up the juice on organic cranberry business.