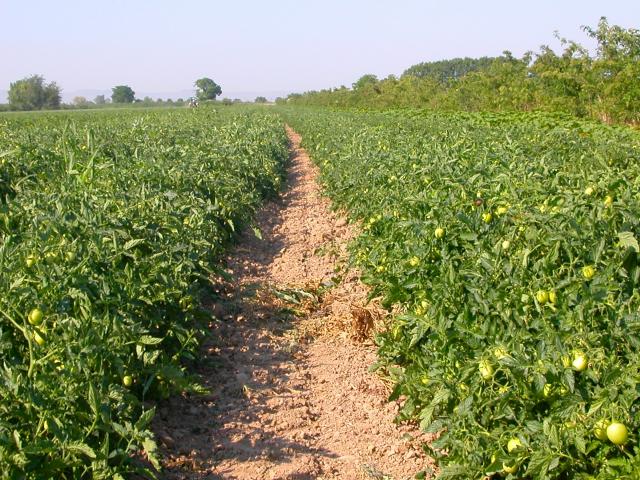 Malaga, Spain – José María Gómez squats and pulls up a bunch of carrots from the soil as well as a few leeks. This farmer from southern Spain believes organic farming is more than just not using pesticides and other chemicals – it’s a way of life, he says, which requires creativity and respect for nature.

Gómez, 44, goes to organic food markets in Málaga to sell the vegetables and citrus fruits he grows on his three-hectare farm in the Valle del Guadalhorce, 40 km west of Málaga, a city in southern Spain,

And every week Gómez, whose parents and grandparents were farmers, does home deliveries of several dozen baskets of fresh produce, “thus closing the circle from the field to the table,” he told Tierramérica on his farm.

The economic crisis in Spain, where the unemployment rate stands at 25 percent, hasn’t put a curb on ecological farming. In 2012, organic farming covered 1.7 million hectares of land, compared to 988,323 in 2007, according to the latest statistics from the Ministry of Agriculture and Environment.

“Ecological farming is growing in Spain and Europe despite the crisis because those who consume organic produce are loyal,” agricultural technician Víctor Gonzálvez, coordinator of the non-governmental Spanish Society of Organic Agriculture (SEAE), told Tierramérica.

Organic food markets have mushroomed in the streets and plazas of cities and towns around Spain, and some supermarket chains now sell ecological produce.

The southern community or region of Andalusía has the largest extension of land under organic farming: 949,025 officially registered hectares, equivalent to 54 percent of the national total, according to the Ministry of Agriculture.

Most production from Andalusía is exported to other European countries, like Germany and the United Kingdom – which seems contradictory to those in favour of organic farming that truly provides a local alternative to intensive, industrial agriculture, with a short food supply chain.

“It doesn’t make sense to talk about exporting ecological foods because production should bring benefits to the local economy,” Pilar Carrillo told Tierramérica from her La Coruja farm in the municipality of Tacoronte on Tenerife, one of Spain’s Canary Islands.

She and her partner, Julio Quílez, have been living there for a year with their young son. They have less than half a hectare of land, where they practice permaculture – the use of ecology and local ecosystems to design self-sustaining productive landscapes that, once established, need a minimum of human intervention. They sell their produce every Saturday in the nearby farmer’s market.

“When you buy local ecological products you are eating healthy food, you’re interacting with people from the countryside, and you generate wealth in your local surroundings,” engineer Juan José Galván, who for five years has been buying food in organic markets in Málaga, told Tierramérica.

Spain, with its mild climate, has the largest area dedicated to organic farming in the European Union, according to Eurostat 2012 figures, and the fifth largest area in the world, after Australia, Argentina, the United States and China, according to a report by the International Federation of Organic Agriculture Movements.

Read the full story via Eco-Friendly Agriculture Puts Down Roots in Spain.