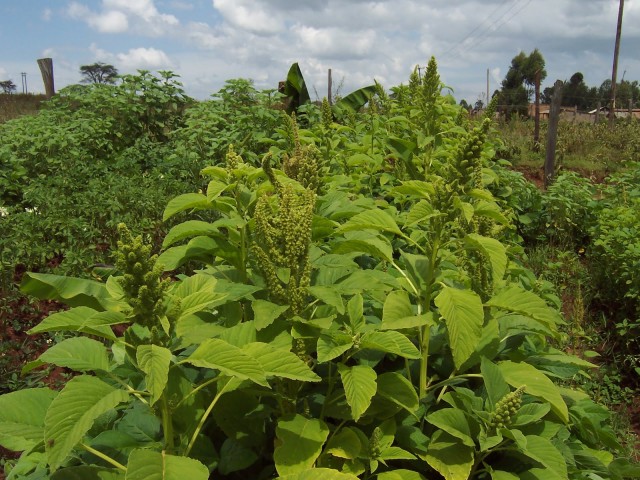 The verdict is in: According to projections released this past fall, the world’s population is expected to hit more than 9.5 billion in 2050, and continue climbing up to 11 billion or more by 2100, if the current trend continues. But as research on world population growth and climate change moves forward, farmers, economists, and policymakers are still struggling to address a major concern: How will the Earth feed all these people? Further, can we do so without destroying the remainder of the planet’s resources?

As it turns out, happily, the planet already produces enough food to feed everyone, but the problem of unequal distribution and poverty remains, leading to two of the leading causes of illness across the world: Chronic hunger and obesity.

Scientists and experts of all sorts have weighed in with potential solutions to the ongoing problem of feeding a growing population and ending world hunger. Up until recently, most of these solutions have focused on utilizing conventional agricultural technology to produce more food. Solutions have ranged from embracing genetically modified organisms (GMOs) to indoor farming, among other, technology-based fixes. On the flip side, small farmers and organic agricultural methods have hardly been researched, or even considered, because, as previous experts have noted, these farms simply cannot compare to their conventional counterparts when it comes to production. Or can they?

According to recent research conducted by scientists at the University of California Berkeley, small farmers could play an important role in saving world hunger, after all. The study, published in the Proceedings of the Royal Society earlier last month found that when organic farmers utilized certain diversification methods, the yield gap between organic and conventional producers essentially vanished, proving what organic food devotees the world over already suspected — that organic food can help to feed the world. The UC Berkeley study “found relatively small, and potentially overestimated, differences in yield between organic and conventional agriculture, despite historically low rates of investment in organic cropping systems.”

Read the full story via Can Organic Agriculture Feed the World’s Hungry?