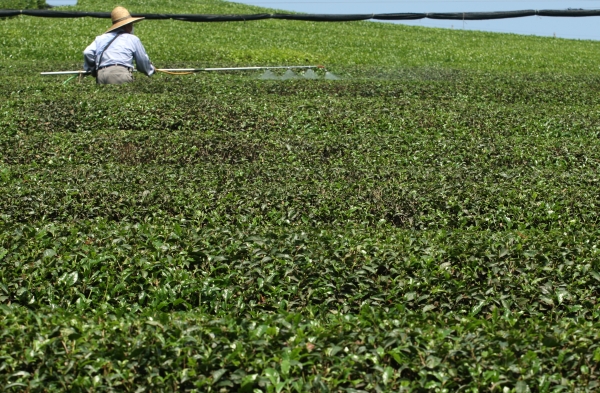 According to a recent study from the University of California, pregnant women who live in close proximity to fields and farms that were treated with certain pesticides are more likely to bear a child with an autism spectrum disorder (ASD). Children of migrant workers are likely to be disproportionally affected, as many female migrant workers spend entire seasons farming, harvesting, and managing pesticide-ridden fruits and vegetables. Many Latina mothers also use insecticides in their homes and gardens.

Pesticides affect signaling cells in the nervous system, creating a plausible link between pesticides and the three main types of ASD — Asperger’s syndrome, pervasive developmental disorder not otherwise specified (PDD-NOS), and autistic disorder, as well as other developmental delays among children.

The authors of the study indicated that the children of mothers exposed to organophosphates and pyrethroid insecticides were 60 percent more likely to have ASD than children of non-exposed mothers. Researchers mapped and tracked pesticide exposure during the pregnancy of 970 mothers, which resulted in 486 children with an ASD, 168 children with a developmental delay and 316 children with typical development.

“Ours is the third study to specifically link autism spectrum disorders to pesticide exposure, whereas more papers have demonstrated links with developmental delay,” said lead author Janie F. Shelton, from the University of California, Davis.

One third of the mothers involved in the study lived within a mile of fields treated with pesticides. For certain pesticides, exposure prior to conception and in the third trimester were detrimental, while other pesticides didn’t discrimination regarding exposure and pregnancy. Carbamate pesticides were not linked to ASDs, but were linked to developmental delays.

Dr. Philip J. Landrigan, who directs the Children’s Environmental Health Center at the Icahn School of Medicine at Mount Sinai in New York and was not affiliated study, openly speculated that pesticides likely drift from crops, contaminating the air, and leave pregnant women exposed to the neurologically damaging pesticides, though the study did not measure airborne pesticide levels.

“We already knew from animal studies as well as from epidemiologic studies of women and children that prenatal exposure [to pesticides] is associated with lower IQ,” Landrigan told Reuters Health. “This study builds on that, uses the population of a whole state, looks at multiple different pesticides and finds a pattern of wide association between pesticide exposure and developmental disability.”

Exposure is difficult to avoid in certain parts of California; the state produces more agricultural products than any other in the nation, and statewide, approximately 200 million pounds of active pesticide are used each year. Because of this, children born in California are several times more likely to be diagnosed with autism than a child born in, say, Delaware.