Biocontrol: ‘Predator’ Pesticides Help Farmers Save Their Plants, And The Planet 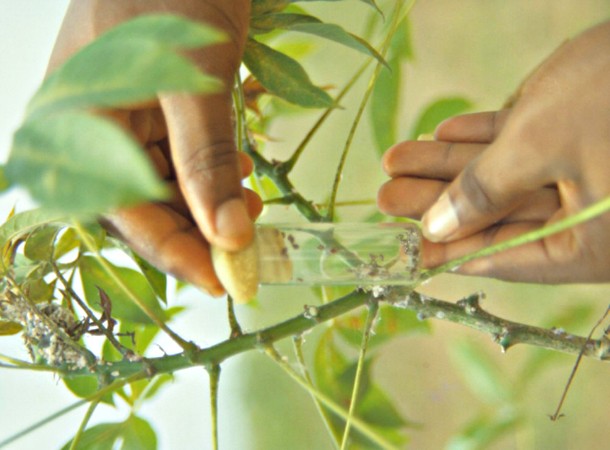 The best weapon against insects is often other insects. 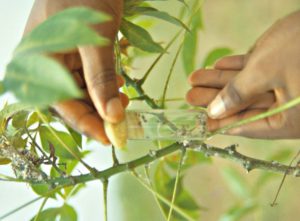 PARIS — Roundworms defend palm trees against red palm weevils, and minute wasps protect corn against European corn worms. Using natural tiny warriors to preserve agricultural fields is known as biological control, or biocontrol. And this method is working its way around the world.

Today, less than 5% of cultivated lands are protected this way, but the practice is growing and is expected to increase over the next five years. “These eco-friendly products have proved they are effective,” says Jean-Pierre Princen, president of the French branch of the International Biocontrol Manufacturers’ Association (IBMA). “We noted the enthusiasm of big companies that produce chemical pesticides because they actually invest in this sector.”

InVivo, which is the first French farming cooperative, distributes pesticides but also produces its own insects with its Biotop branch. InVivo development manager Antoine Poupart says the “two methods must be used in a complementary way.”

Biocontrol has already seduced the biggest chemical corporations such as the Germany’s Bayer or the U.S.-based Monsanto. Swiss-based Syngenta created the Bioline range 25 years ago. “In the Netherlands, Spain and France, they protect tomatoes under greenhouses by using 70% biocontrol and only 30% classic pesticides,” says Gérard Thomas, technical manager of Syngenta.

For the experts of the French Institute of Research for Development (IRD), biocontrol is a major issue. “Despite the increasing use of pesticides since the 1960s, the rate of harvest loss stays high: between 40% to 50% in emerging countries and 25% to 30% in industrialized countries,” the Institute notes.

Read the full story via Biocontrol: ‘Predator’ Pesticides Help Farmers Save Their Plants, And The Planet.